Still overcast although the clouds seem to be thinning out a bit. We could actually see the moon last night.
New Year's party at the park's restaurant tonight.. not sure how many will be there as we're still the only campers.
Sunday we're off to a small town (not sure of the name) where a coffee plantation is. We'll load up our year's supply for ourselves and friends. There's also supposed to be a weekly market selling a variety of things so I'm sure we'll be buying something.
A friend of the park owner is going with us to show us the way.
We'll take the camera for pictures and post them when we get back.
Posted by Graydon and Diane at 10:36 AM No comments:

Drove to Martinez yesterday to the Bodega.. that's what Walmart is called in Mexico. A big Bodega sign outside on the store, employees wearing Walmart shirts and Great Value items on the shelf.
We're still having wet weather. Rained yesterday and all night into today. The couple of Mexican families who were camped in tents in the park gave up and left this morning.
The weather forcast is for sun tomorrow... hope so
Posted by Graydon and Diane at 3:45 PM No comments:

On Christmas we were invited for dinner by the owner of the park. We're still the only campers however some friends of the park owner were there, Bob and Claire. Bob helps out with the park having been long time friends with the owners.
The weather has been overcast and cool for the last few days. Even though the pups want to go to the beach, it takes hours for them to dry as there's no sun.
In the little town of Casita, just south of us we found a place that sells fresh shrimp and fish. The shrimp are extra large and after bbqing them, they sure were good.
No one is sure what is keeping the tourists (rv'ers) away. Either the weather or the economy or a combination but none of the parks are close to the normal numbers. The park next door has only one person, a regular from Ontario but he's the only one and like I said, we're the only ones at our park.
Hopefully the weather will warm up soon.
Posted by Graydon and Diane at 2:27 PM No comments:

It rained for the past two days so not much happening. Diane was able to get some laundry done after we figured out a water intake problem. It seems that the water pressure at the park isn't high enough to open the one-way valve at the hose connection. It might have been a little stuck but now working ok.
Real exciting times.!!
The sun is trying to come out this afternoon so hopefully it will be nice tomorrow so the pups can go to the beach.
Posted by Graydon and Diane at 1:35 PM No comments:

Dec. 18/09
After breakfast we decided to visit the Tajin Ruins, about 50 miles from our RV park.
When we arrive we saw lots of vendors selling souvenirs and I bought a pure cotton white Mexican shirt and some Mexican vanilla.
Although finding our way there was fairly easy, on the return trip those 50 miles became a little extended as we took a wrong turn when leaving the ruins. Our GPS was upset at us again and had us traveling the back dirt roads. We weren't exactly lost, we just didn't know where we were.
Fortunately we found the right highway and then stopped at a road side vendor who was selling oranges, tangerines, vanilla and a few other things I wasn't able to identify. We bought a bag of tangerines and more vanilla. 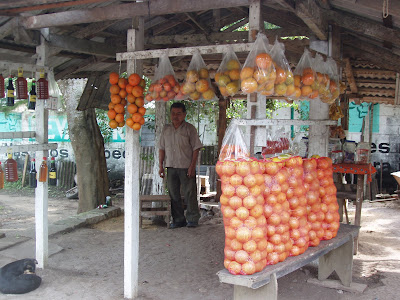 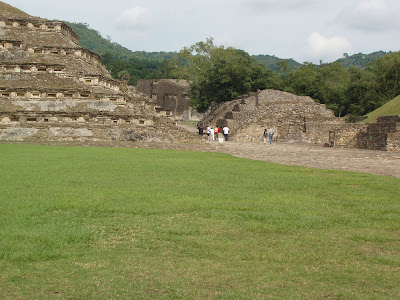 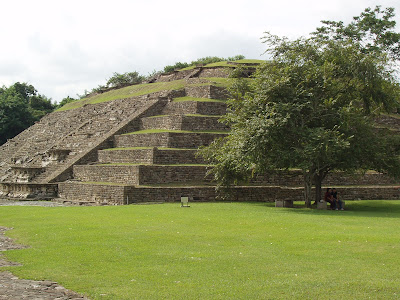 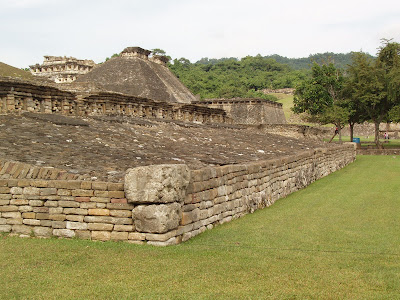 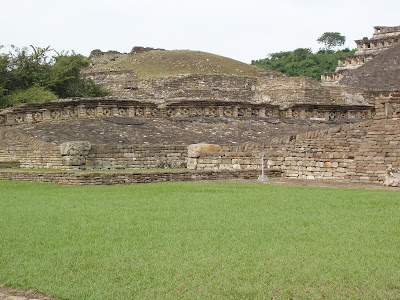 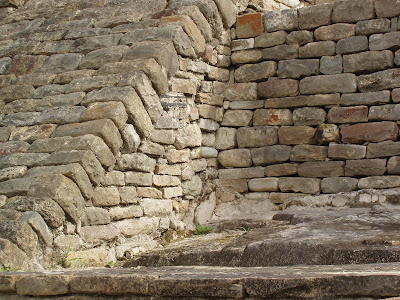 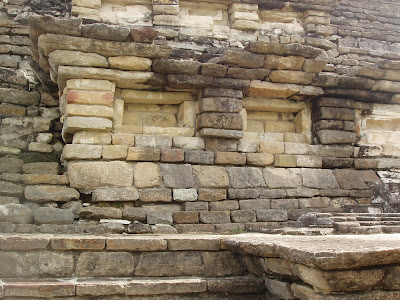 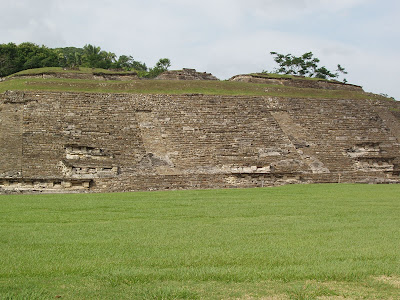 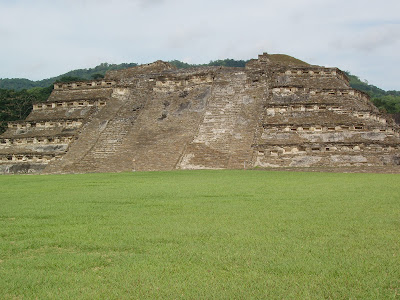 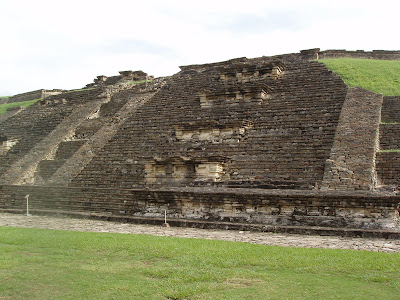 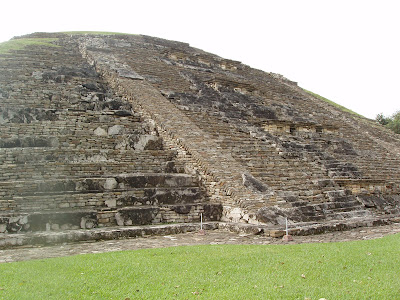 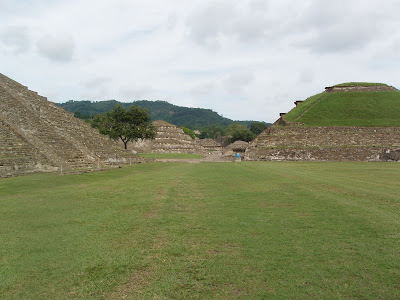 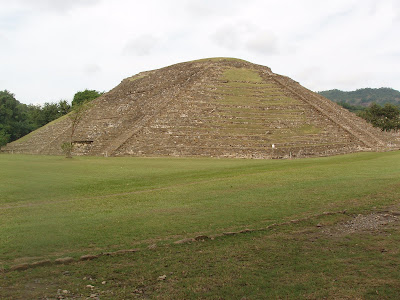 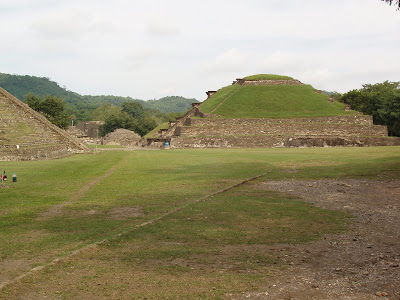 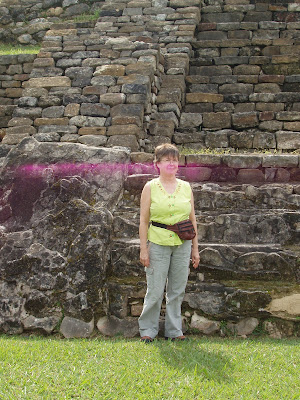 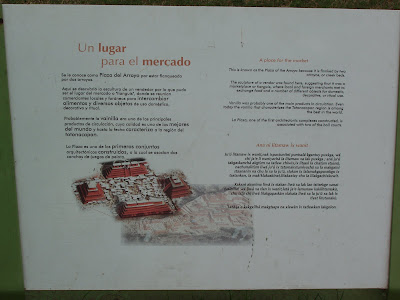 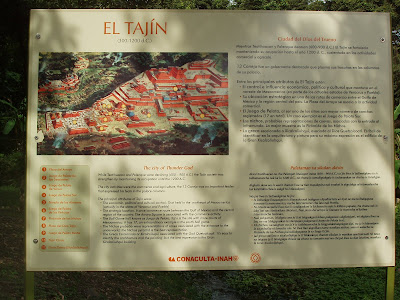 Posted by Graydon and Diane at 4:35 PM No comments: 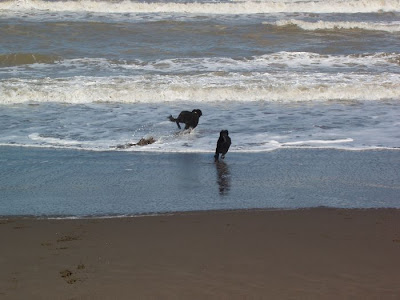 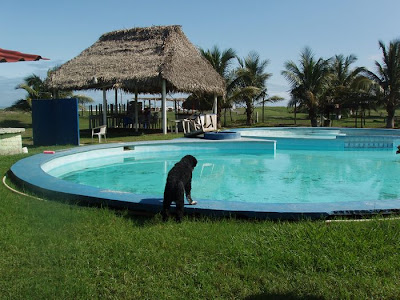 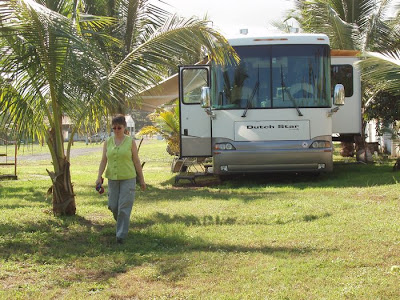 The park does not have its WiFi up and working but fortunately there’s a nice coffee shop and internet café just down the highway. This is where we will have to do our posting until the park gets its WiFi up and running.
Posted by Graydon and Diane at 2:11 PM No comments: 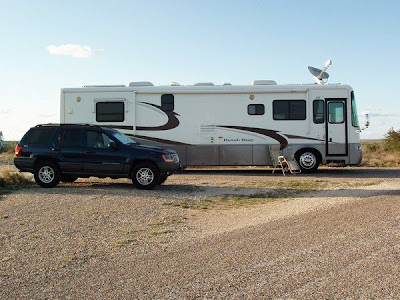 After a several week delay because of having to drive 1200 miles to the Newmar factory in Indiana to get the Dutch Star's slide-out to work properly, we're getting the last minute preparations done. Hopefully we can leave on Friday and cross the border on Monday.
Posted by Graydon and Diane at 7:52 PM No comments: