The car wash people got here about 9:30 which gave us time to get things like tables and chairs away from the motorhome and empty the Jeep so the inside could be cleaned.

It took them about two hours to clean both the motorhome and Jeep and the 340 pesos they charged was well worth the money. Both vehicles look like new. The oldest of the crew used to live in the U.S. and spoke perfect English and I asked him if he knew of someone who did body work as the Jeep has several scratches plus areas where bird poop and dead bugs had eaten the paint finish. He said he did and would take me to meet him whenever I wanted.

People in the campground next to us were looking over the fence when our motorhome and car were being washed and before they were finished with our vehicles, two more RVers wanted their rigs washed.

At noon we walked to town where we were to meet Fred and Sherry for lunch and skipped the market as there was nothing we really needed.

I received an email from the Vet letting me know the dog food I ordered had come in so in the afternoon drove over to pick it up.
I was quickly reminded that although human food in Mexico is relatively cheaper compared to north of the border. That does not apply to dog food. In Mexico a 35 pound bag of Science Diet Dog Food that costs somewhere around $45 to $50 dollars in Texas costs 1,150 pesos or almost $85.00. I hope we have enough until we cross the border in March. 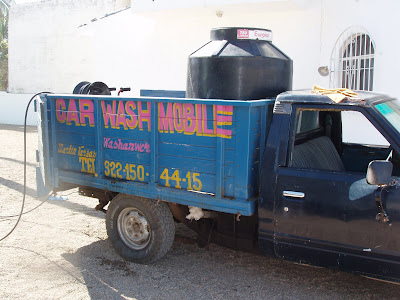 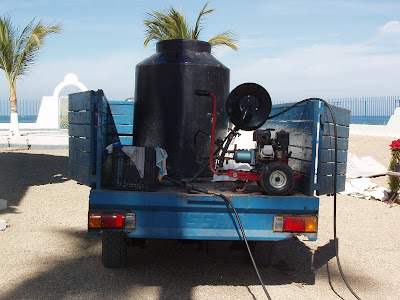 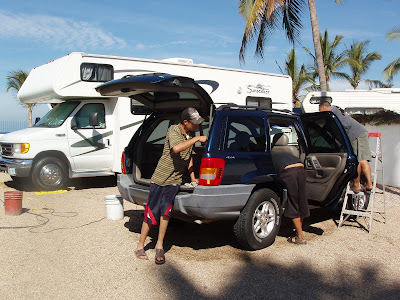 Posted by Graydon and Diane at 7:10 PM No comments: