We woke up to a brisk wind blowing from off shore this morning. It was a warm wind and strong enough to make us retract our awning so it wouldn't be damaged. It continued to mid day and the weather continued to get warmer as the day progressed.

We had several things to do in town, shopping, hitting the ATM and stopping at the Vet to see about having the pups nails trimmed. We accomplished everything except not being able to find flavored liquid coffee mate. When you're used to having it in your coffee its terrible when you can't find it.

The Veterinarian we chose is a young man who heads up the local "spay & neuter clinic". Although we had originally planned for the pups just to have their nails cut, we changed our minds and will be bringing them in tomorrow for a full bath, hair cut, nails, ears checked etc. They do need a hair cut and they'll feel better in the warm weather.

During our shopping we saw a couple of interesting things, one was a check-out lady with a small parrot on her shoulder and the other was at a meat market where there was several cow hooves on the top of the display case.

We were able to get the awning back up in the afternoon when the wind died down and spent several hours on the beach with the pups who ran and played in the waves until they were exhausted. They'll sleep good tonight but probably won't be pleased when they find themselves at the Vet.

There was a pretty sunset tonight and Leo & Hayley like to watch people walking on the beach.

Parrot on her shoulder 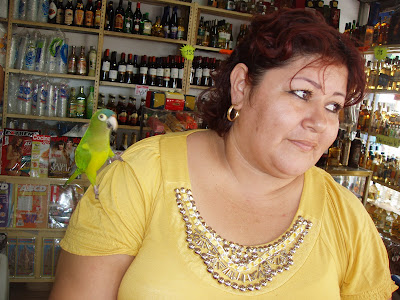 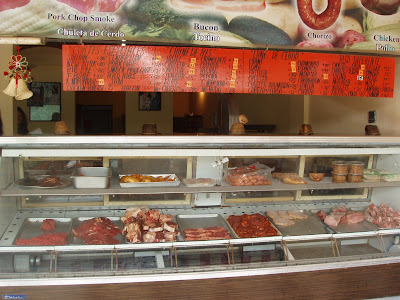 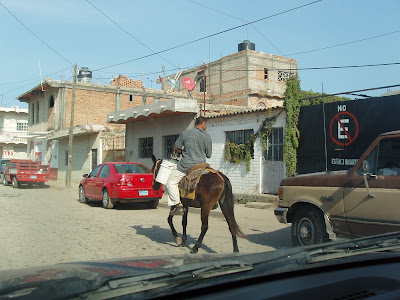 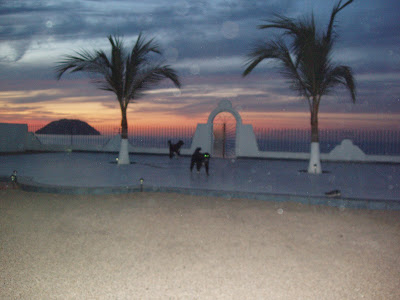 Posted by Graydon and Diane at 6:37 PM No comments: