On Thursday we met up with our friends Fred and Sherry who live in Quartzite, Arizona and had lunch together after spending some time at the weekly market. They come down to Mexico after New Years and stay a couple of months. We've known Fred and Sherry since 2005 when we met them during our first trip to the La Penita area.

A visit to Tonala, the biggest market in Mexico is an annual thing and we like to go with Fred and Sherry.  This year they will be taking another couple in their car who traveled with them in their motorhome from Arizona.  So we've invited Jeremy and Jane to go with us. All of us will be heading to Tonala on Wednesday, January 16th and returning Friday the 18th.  I was able to use my new Mexico phone to call and reserve our rooms at the hotel in Tonala where we like to stay.

On Monday we plan on driving to Lo De Marcos to check out a dog boarding place that is supposed to be real nice. Leo and Hayley will have a little holiday themselves while we're in Tonala.

At the restaurant where we had lunch on Thursday there was a young boy and girl who had their dog sitting in a highchair. The photo-op was too good to pass up. 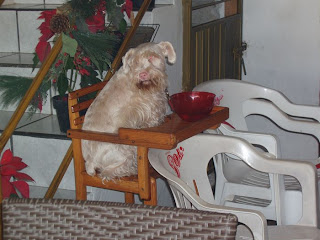 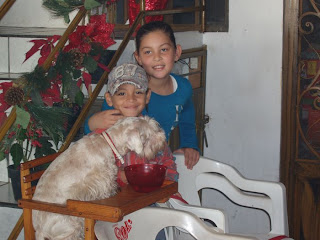 I was running a little low on coffee so stopped and bought a few kilos.. This is the best coffee we've ever discovered and I like to buy enough to last until we're here again next year. 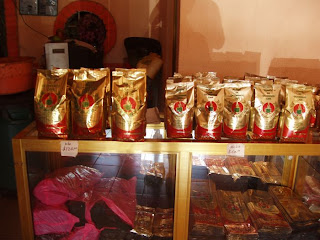 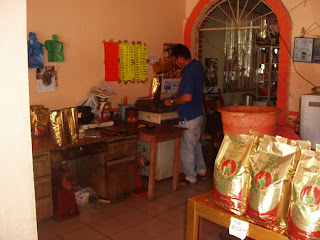 Last year during the summer when no one was here at Heaven's Gate park the owner's house was broken into. The bad guys simply climbed over the fence. So the owner's parents bought something to put on top of walls that gives anyone who attempts to climb over something to think about. These things are made of steel and bolted to the top of the concrete wall. They're about 4 inches long and sharp as razors.  They're for sale here at Home Depot but not available north of the border. 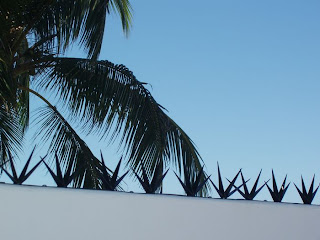 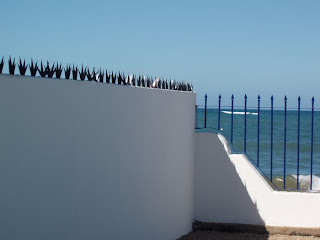