Checked the oil and added three gallons before we took off this morning from Casa Blanca park in Laredo. I bought six gallons the day before at Walmart hoping that  would be enough to get us home.

I still didn't know how much oil will be leaking when we're driving so we took off hoping for the best. I stopped after the first 50 miles to check the dip stick and it showed about half way down the hashmarks that are between "full" and "add oil"

I figured I could go a little further and checked the level again after another 50 miles. This time the oil level was at the "add oil" mark so I put in another gallon. I thought that checking every 100 miles should be ok and sure enough at mile 200, another gallon was needed. The Cummins engine holds 28 quarts or 7 gallons so I felt I was keeping things in the safe zone. Consumption rate is one gallon for every 100 miles.

It reminded me of when I first drove to California from Ottawa with my friend Paul who had a 1938 ford. We used more oil than gas. 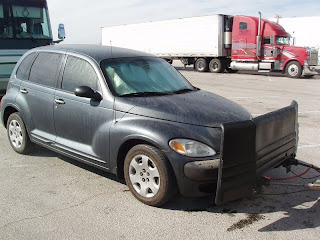 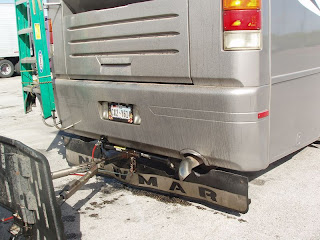 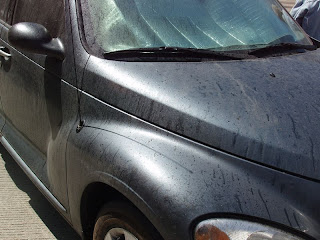 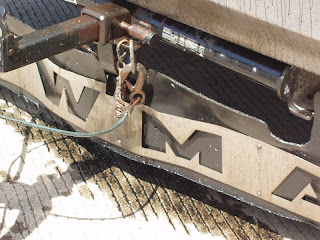 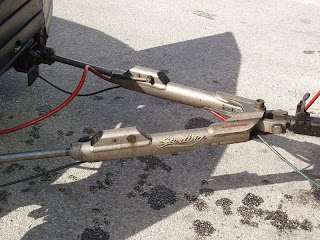 We made it to Wharton, about 50 miles west of Houston on highway 59 and will spend the night in a Walmart parking lot.  The back of the motorhome and front of the PT Cruiser looks like someone sprayed them with an oil hose.. messy, messy.  I bought another couple of gallons of oil at Walmart to last us the rest of the way and we should be home tomorrow.

Jeremy and Jane are still with us but will connect with highway 10 in Houston as they have to be in Florida in about a week to deal with a real estate transaction.
Posted by Graydon and Diane at 3:25 PM