On Saturday morning a street vendor with a wheel barrow full of Poinsettias walked by the gate to the park. He had a nice selection and was selling them for 50 pesos. We had to buy one and took his picture as he stood beside his wheelbarrow.  (Did you know the Poinsettia flower was named after a 19th century U.S. ambassador to Mexico) 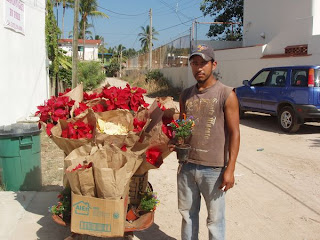 Each year a popular beach restaurant in Guayabitos holds an anniversary fund raising dinner to raise money for various local charities. We went last year with Janelle and Trent the park owners and her parents and were invited again this year.  The dinner was very good, the free beer was cold and the band played songs from the 70's and 80's.  All the guests were gringos and as most of the winter crowd has yet to arrive, I think most who were there were permanent residents with most people knowing each other. A good time had by all...

When at the beach you can always expect to see numerous vendors selling their wares. 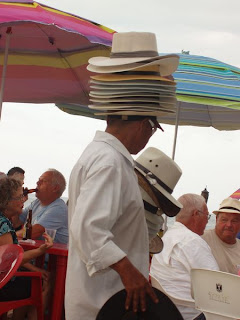 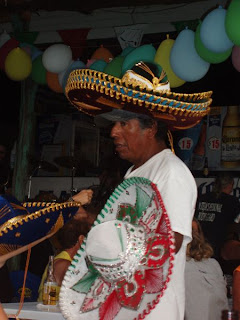 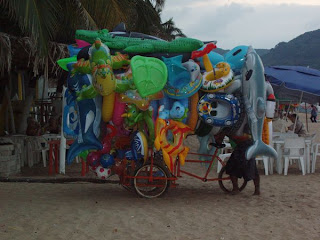 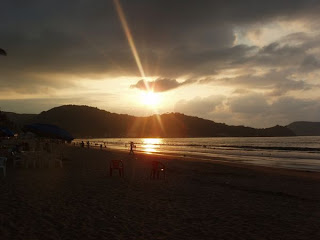 And always a great sunset
Posted by Graydon and Diane at 10:01 AM