Monday is when they have the market at Guayabitos. This market is different from La Penita's Thursday market as it is mainly a craft fair with no food vendors.

Fred and Sherry were having some work done on their car so after we dropped off a load of dirty clothes at the lavanderia we drove to their RV park to pick them up to go to the market. The market is geared to the tourist crowd with no great bargains but Diane found a walking stick to add to her collection plus a couple of small dishes.

Later the four of us walked down to the beach and had a late breakfast at one of the restaurants before heading home.

The waves were a little big this afternoon so we kept the pups off the beach as Leo although liking to swim, hates having the waves crash over his head. Hopefully tomorrow it will be a little calmer. 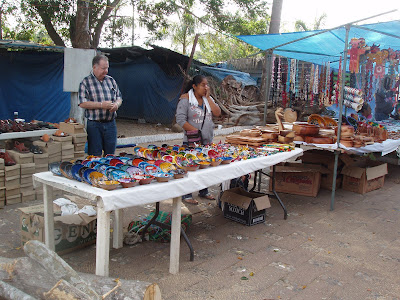 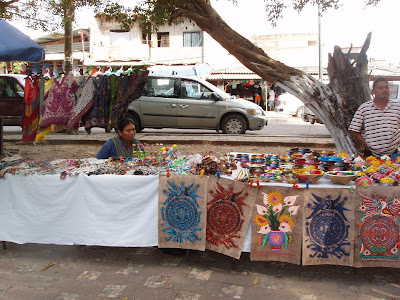 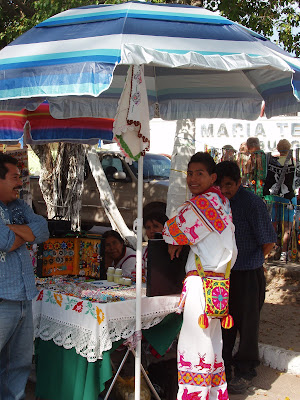 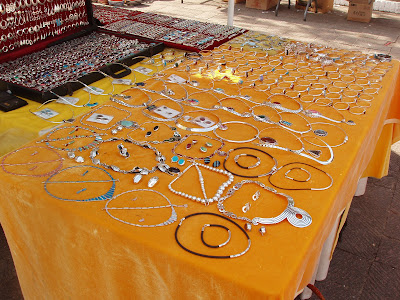 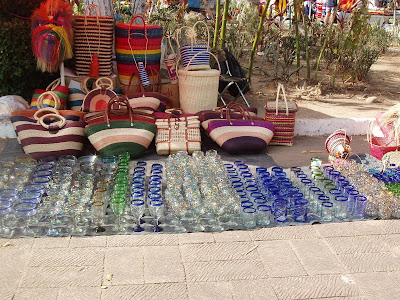 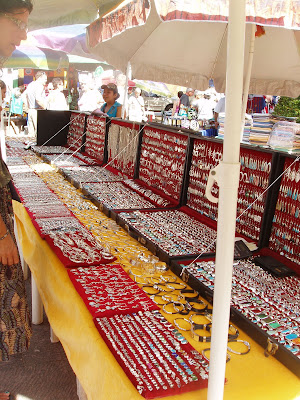 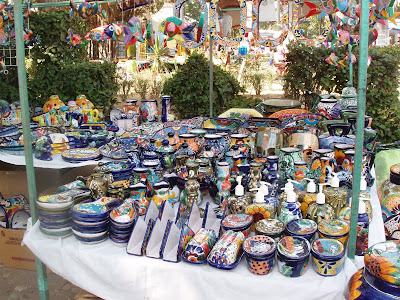 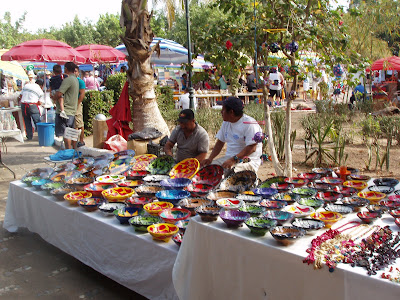 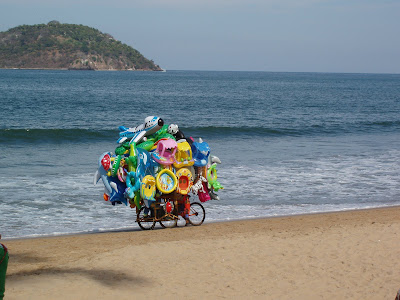 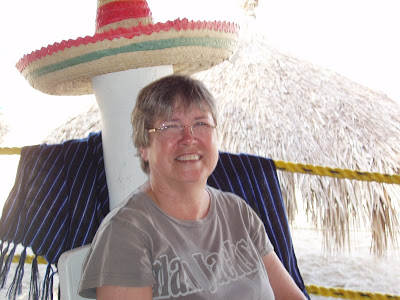 Posted by Graydon and Diane at 7:27 PM