The weather has been a little overcast the last couple of days but it's still warm enough for shorts and t-shirts. The ocean has also been a bit rough with bigger than normal waves. We take the pups for a walk along the beach but they know enough not to go out in the surf very far.

We drove into town and stopped at the dentist and made an appointment for Diane to get her teeth cleaned on Friday. From there we went to the Lavanderia to pick up our laundry. They charge by the weight and do a good job inexpensively.

Later in the day a couple of ladies came by to talk to Diane about her volunteering at the local school where she'll be helping four and five year olds some basic English words. They'll be picking her up on Thursday morning to go to an orientation session.

In Ricon de Guayabitos a little town just south of La Penita there's a Bar & Grill that all the "Gringos" frequent. Mateja's had an anniversary party last night. $150 pesos got you a couple of tacos and all the beer and margaritas you could drink. We had lots of fun but paying the price with a head-ache this morning.

Picking up the Laundry 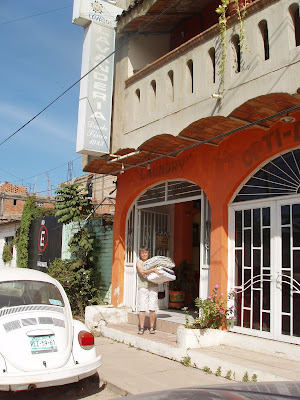 Leo & Hayley playing in the surf 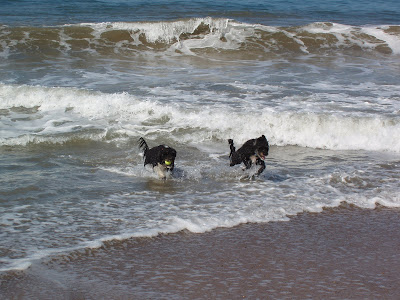 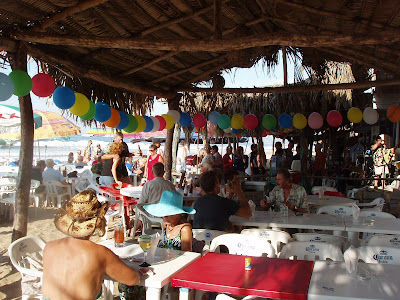