Things have been quiet here the last few days. Lots of laying around, reading and enjoying the warm weather.

Diane had her Dental appointment and is happy with the whole procedure and the results. As reported previously, she won an auction where the prize was a teeth cleaning. The normal cost of the cleaning is $425 pesos (a little over $30 dollars) less than half the cost back home. I'll have to make an appointment for myself one of these days.

Diane also had her first day orientation at the elementary school where she'll be helping four and five year olds with basic English terms. She'll have her second session on Thursday.

Early this morning I drove over to the town of Rincon de Guayabitos about 2 miles south of here to buy some fish from the local fishermen. These guys go out and fish all night in a small 14ft to 16ft boat then they come in early in the morning and beach the boats by running them up on the beach. Each boat usually has a couple of family members on board and they meet the wifes on the beach. The customers pick out the fish they want and the wife weighs it and collects the money. The fish is layed out on boards across the boat and a family member will clean and fillet the fish you choose. They also have shrimp in large coolers that the wife sells by the weight.

I picked out a nice Red Snapper that was filleted for me plus a kilo of shrimp. Diane and I figured that it would last about five or six meals. Cost was $230 pesos. less than $20. dollars. 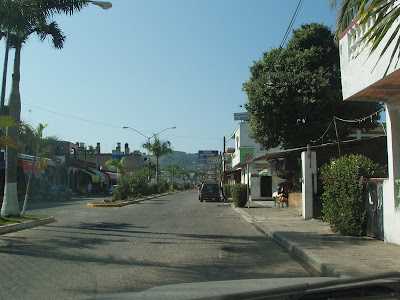 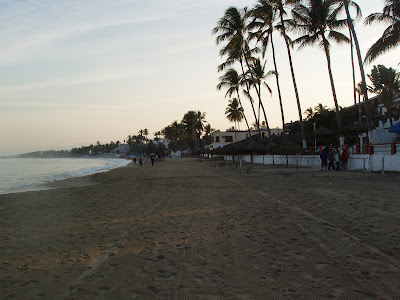 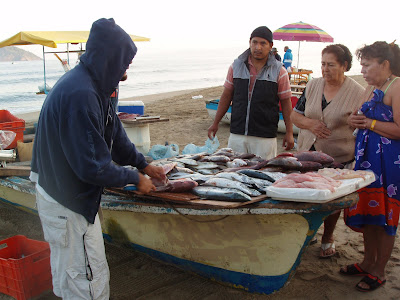 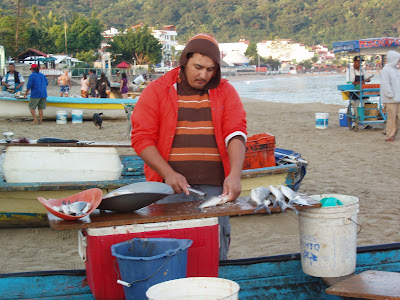 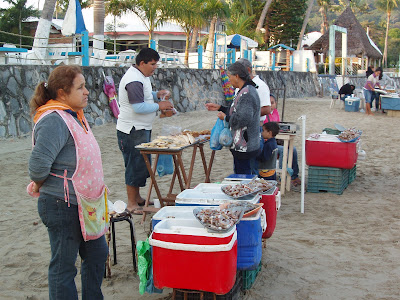 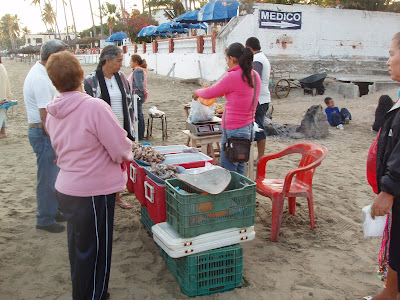 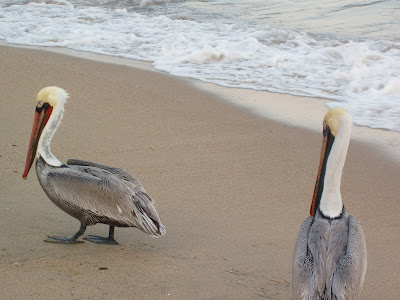 Posted by Graydon and Diane at 1:06 PM